Studying abroad isn’t cheap in any country, but some countries make it easier to pay your way through school than others. If you’re looking to get the most out of your education and save money on tuition, check out the top five countries with tuition-free universities. This makes them great destinations if you’re interested in finding financial aid – and getting your degree at a discount! 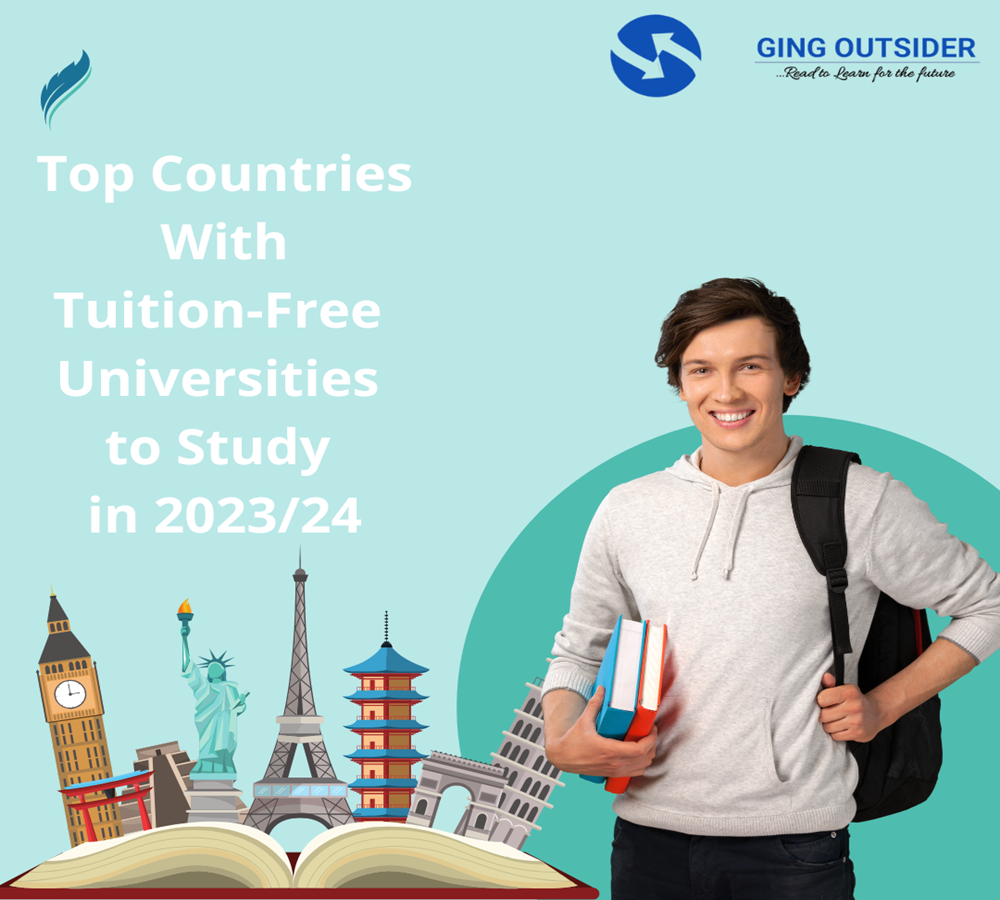 Not all countries are created equal when it comes to education, and the United States isn’t at the top of the list when it comes to affordability. It’s no secret that college costs are out of control in the US and other top study destinations like Canada, the UK, etc. But did you know there are other countries where college is free? If you’re lucky enough to live in one of these countries, your ability to get an education will be limited only by your own ambition and hard work.

Moreover, there are other ways to reduce the costs of studying abroad, which include scholarships. If you fail to qualify for fully-funded university scholarships, consider enrolling in universities that are tuition-free or charge low tuition fees or those offering tuition fee waivers. Check out this list of countries with free university tuition so you can start saving up those pennies for your world travels! Countries like Norway, Austria, Germany, Finland, and Sweden offer different types of free/ low tuition schemes and tuition waivers for international students.

According to Studyinnorway.no, most students, including those from abroad, do not pay tuition at Norwegian state universities or university institutions. This holds true for all academic levels, including undergraduate, master’s, and doctoral programs. However, each semester, students must pay a semester fee of NOK 300–600.

A few specialized programs, usually at the Master’s level, may require tuition at select state universities and university colleges. The majority of private colleges charge tuition for all of their courses and programs. However, the costs are typically much lower than those for equivalent studies in the majority of other nations. Additionally, tuition costs are comparable between international and Norwegian students.

Cost of Studying in Norway: You should be aware that living costs are greater in Norway than they are in many other nations. The annual cost of living would be between NOK 90,000 and NOK 100,000.

According to studyinaustria.at, federal/public universities in Austria only charge around 726.72 Euros for tuition per semester for students from outside the EU/EEA, plus another 20.20 Euros per semester for the “H-Beitrag” (student union membership cost) and the student accident insurance fee.

In exceptional circumstances, tuition fees may be excluded from payment or refunded in full or in part (e.g. for holders of certain scholarships, for participants in exchange programs and university partnerships, for students from certain countries). More details are accessible on the university’s official website.

Cost of Studying in Austria: The average monthly cost of living for students in Austria is 800 euros, which includes housing, food, and other personal expenses.

According to internationale-studierende.de, study-in.de: Since October 2014, all German universities, with the exception of Baden-Württembrg*, have waived tuition for bachelor’s and subsequent master’s degree programs for all students, including those from abroad. Universities may levy a semester contribution (about 50 euros) and/or administrative fees in some federal states (about 50 euros). Future modifications to this tuition charge schedule are possible. For Bachelor’s, Master’s, Diplom, and state examination degree programs, the federal state of Baden-Württemberg now charges non-EU citizens €1,500 per semester in tuition.

Most Master’s programs in Germany require tuition fees, however, they aren’t as exorbitant as those abroad, unlike undergraduate programs.

On the other hand, Ph.D. studies are generally free at German universities. Ph.D. students must pay a semester contribution of roughly 150–200 euros each semester before they are forced to pay tuition after finishing their first six semesters. Doctoral students typically obtain a grant or work on a research project for pay (paid Ph.D. post).

Cost of Studying in Germany: Students often spend between 500 and 800 euros a month on housing, transportation, food, and other costs.

Tuition-Free Universities and Scholarships in Finland

According to studyinfinland.fi: The introduction of tuition fees for non-EU/EEA students in English-taught Bachelor’s or Master’s programs began in the fall of 2017. No matter your country, only doctoral-level studies will continue to be tuition-free.

For talented non-EU/EEA students accepted to their fee-charging Bachelor’s and Master’s degree programs, Finnish universities and UASs provide scholarship possibilities. For up to one academic year, living expenses for doctoral study may be covered by EDUFI Fellowships.

Cost of Studying in Finland: The average monthly living expense in Finland for a single student is estimated to be between 700 and 900 euros.

According to studyinsweden.se: For students pursuing bachelor’s or master’s degrees who are not nationals of the EU, EEA, a Nordic nation, or Switzerland, application and tuition fees are required. For international students, full and partial scholarships in the form of tuition waivers are offered by the Swedish Institute and a large number of Universities.

The majority of universities or outside funding organizations in Sweden offer paid opportunities for Ph.D. candidates. This means that if a position as a Ph.D. candidate is awarded to you, you will not be required to pay any fees and will instead be paid a monthly wage.

Numerous universities now provide free online degrees and courses. The University of the People, a tuition-free, nonprofit, accredited online university devoted to expanding access to higher education around the world, is the first of these institutions. In addition to an MBA program, the University of the People provides online associate and bachelor’s degrees in business administration, health science, and computer science.

Following this was a project from MIT and Harvard called edX, a learning platform that offers students from any country the chance to enroll in free online courses offered by three of the top US universities: Harvard, MIT, and UC Berkeley, as well as by more than 50 other universities and institutions.