Citizenship in the United Kingdom – How to Apply for British Citizenship

Do you want to know how to get British citizenship? You are not alone; more than 3 million non-British citizens reside in the UK, and many of them desire to acquire full British citizenship, with the associated rights and obligations. Here is everything you need to know about becoming a British citizen, from application requirements to how to receive your passport, even though the procedure may initially appear intimidating. 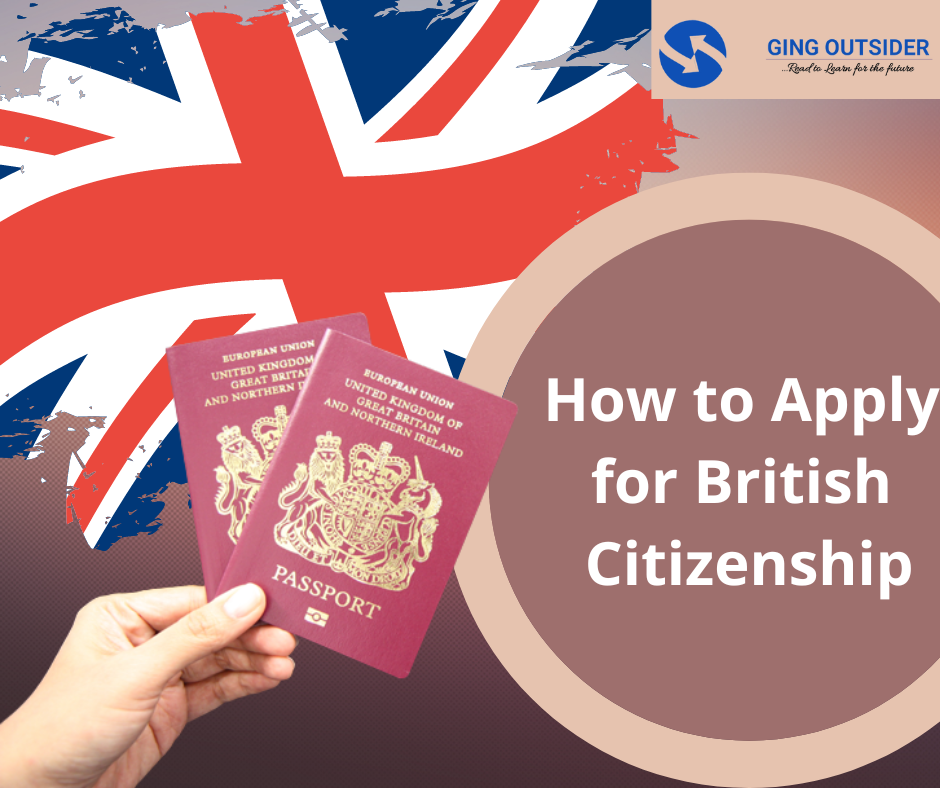 Before you can formally refer to yourself as one of Her Majesty’s Most Loyal Subjects, there are a number of requirements you must follow. In terms of jobs, education, and culture, the UK has a lot to offer. The ability to vote in elections and referendums, as well as the ability to apply for British passports and other documents that may make it easier for you to travel the world, are just a few of the numerous advantages of becoming a citizen of the United Kingdom.

The United Kingdom is a lively and diversified country that is well-known for its contributions to culture and willingness to adapt to changing circumstances. Thus, obtaining British citizenship has become much simpler in recent years. As a result, as of 2017, there has been a rise in naturalized citizens every year since 2012. You’ve come to the perfect place if you’re thinking about becoming British and want to know what you need to do to realize your goal! This article provides a comprehensive overview of the citizenship process so you can get started right away.

What is British Citizenship?

British citizenship confers certain obligations, obligations, protections, and benefits on its holders in the United Kingdom. You are permitted to live, work, and study in the UK for as long as you are a British citizen. You can apply for a passport and have access to public funds. Furthermore, you are permitted to leave the nation for as long as you like without worrying about jeopardizing your status.

There’s a strong probability that British citizenship has entered your thoughts if you’ve been a long-term foreign resident in the UK. Like other nations, becoming a citizen of the UK requires some effort and money, but there are rewards like full political rights and the opportunity to obtain a British passport.

The process of becoming a British citizen has, however, gotten more difficult recently. The Life in the UK test, which grew more difficult in 2014, is now required of applicants. Over the past ten years or more, citizenship fees have also increased significantly. Recent data indicates that 39% of ex-pats residing in the UK are British nationals. Over 75% of people who have lived in the UK for more than 10 years are foreign-born, according to this statistic. The number of British citizenship awards fell from a peak of 208,095 in 2013 to 130,568 in 2020.

You must have had Indefinite Leave to Remain (ILR), EEA Permanent Residence, or EU Settled Status for at least three years in order to be qualified. You must have always followed the law, including any infractions involving immigration.

How to Become a British Citizen

Following are the main routes to UK citizenship:

A non-citizen of a country may obtain citizenship or nationality of that country through the legal act or procedure of naturalization. The requirements for naturalization vary from nation to nation, but they typically include swearing allegiance to and upholding the laws of that nation, taking and adhering to an oath of allegiance, and possibly meeting other criteria like a minimum period of legal residency and sufficient familiarity with the dominant language or culture of that nation.

After five years of residence in the UK, provided that this time period includes at least 12 months of either indefinite leave or EU-settled status, you may seek citizenship by naturalization. You must also adhere to the other additional conditions, though. The entire naturalization process can be difficult and complicated, but it will be much simpler for you to apply if you are aware of the prerequisites and how the application procedure works.

Moreover, to become a British citizen by naturalization, you must also meet the following requirements:

How to Apply for British Citizenship Through Naturalization

Here are steps to follow to complete the naturalization process:

Prepare your application for British citizenship:

There are 3 ways to prepare your application for naturalization:

Furthermore, as a part of the application process, you’re required to provide biometric information at a cost of £19.20.

Once your application form for naturalization is complete, you will need to send it along with the fee and supporting documents to the United Kingdom Visas and Immigration. You will need to pay £1,330 (or £1,012 for children aged under 18). Plus £80 citizenship ceremony fees (if an adult) and biometric data costs (just under £20).

Wait for a decision

This can take up to 6 months or longer for a decision to be made on your application. You will be contacted by UK Visas and Immigration once a decision is made.

Attend a Citizenship Ceremony and officially become a British citizen

If your application is approved, you will be invited to attend a Citizenship Ceremony. During the ceremony, you will take an Oath of Allegiance to the United Kingdom, pledging to respect the rights, freedoms, and laws. Then, you will receive your Certificate of British Citizenship.

Additionally, if you have lived in the UK for at least three years and are married to a British citizen. You are eligible to apply for fast-track naturalization. Additionally, neither the settling term nor the 12-month indefinite leave is required. The same additional requirements that apply to standard naturalization applications must be met. Such as passing the Life in the UK test. You will be able to apply for a British passport after you are a citizen of the UK. You have two options for applying for a UK passport: online or at your neighborhood post office.