TOEFL vs IELTS – What is the Main Difference Between the Tests? 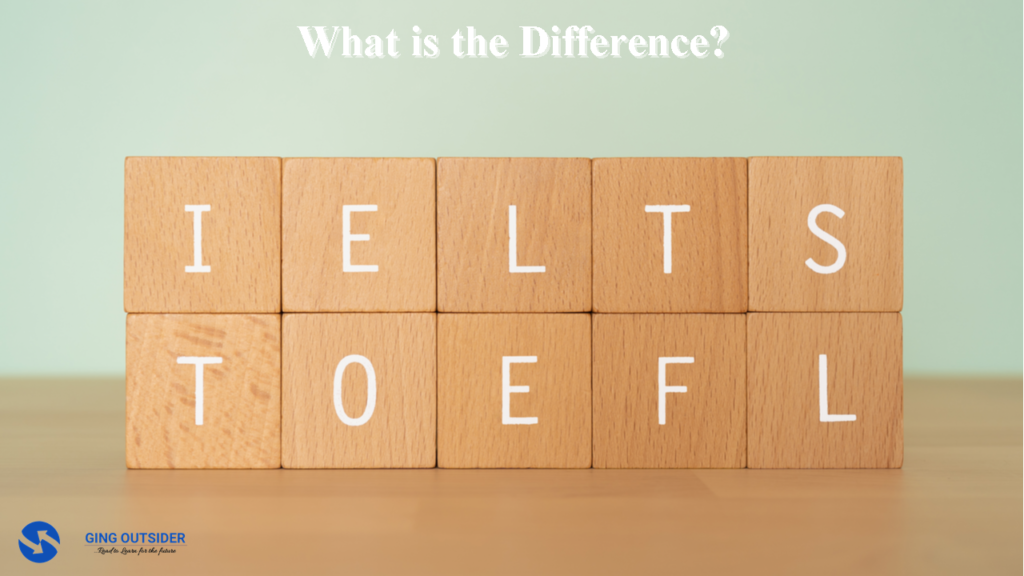 The Test Of English as a Foreign Language (TOEFL) and the International English Language Testing System (IELTS) are exams that prove your English language skills. They are two of the most popular and widely used language tests. Scores of English proficiency tests are an essential part of university applications to English-speaking countries. All the non-native speakers of the English language have to take these exams in order to complete their applications.

Moreover, achieving a particular score on one of these tests could help you study English at your preferred institution. Therefore, it can be an essential part of the studying abroad process. However, both the TOEFL and IELTS accurately test your level of English and are widely accepted across thousands of institutions worldwide. The two tests are different in their approach, structure, and teaching criteria. Moreover, the tests and their scoring system differ, therefore, it is good to understand a bit more about them before you choose to sit.

Overview of the TOEFL and IELTS Tests

Before we delve into the difference between the two tests, let’s first take a quick overview and discuss each of the tests.

The Test of English as a Foreign Language (TOEFL) is an English language proficiency exam frequently opted by students aspiring to study abroad. TOEFL is a standardized test accepted worldwide and in most foreign universities where the language of instruction is English.

The TOEFL test seeks to test your ability to communicate in English in specifically academic, university, and classroom-based settings. It is accepted by over 8,500 institutions across 130 countries, including the UK, USA, and Australia, as well as all the world’s top 100 universities. TOEFL is administered by the US-based organization the Education Testing Service, a US-based private non-profit organization, that also develops the GRE (an exam for grad school admissions) and several other tests. And so is conducted in American English. This test is more likely to be favored by American institutions.

The TOEFL test’s pattern and structure are rather basic and do not differ much from the other tests. There are four sections: Listening, Reading, Writing, and Speaking. The overall test takes four hours to complete, with an odd short break throughout. You will read, listen and then speak in response to a question. The reading and listening sections come first. Then there is a short break of ten minutes. Next, the speaking and writing sections follow. You perform tasks that combine your English communication skills, which means you’ll have to combine your competencies to succeed.

Universities that require a TOEFL score usually ask you to meet a specific iBT score. iBT is the latest version of a TOEFL assessment. It is the preferred test for entry requirements of US universities, and the most widely accepted English proficiency test for higher education.

Although a university will ask for an overall TOEFL score, you may also be required to meet a certain number of points in each section.

Moreover, the TOEFL iBT test is split up by language ability in different areas. TOEFL iBT uses a single score, from 0 to 120 points. Each of the four sections — reading, writing, listening, and speaking — is worth up to 30, and you’ll be given a score for each that combines for an overall score.

However, here’s a breakdown of the test sections of the TOEFL iBT:

The IELTS (International English Language Testing System) is an English language test that is used for educational, immigration, and occupational purposes and is accepted by over 10,000 institutions across 140 countries worldwide. It is an esteemed language proficiency test that is taken by candidates either willing to attain overseas education or for occupational purposes. The IELTS measures an applicant’s English language proficiency. The exam evaluates an individual’s English language skills across four aspects: Reading, Listening, Writing, and Speaking.

Moreover, the IELTS is used for educational, immigration, and occupational purposes. The exam was established in 1989 and is jointly owned by the British Council, IDP: IELTS Australia, and Cambridge Assessment English, IELTS is an international language test, meaning that you can use either UK or US spelling. Depending on the entry requirements of your study program, you might need to take either the Academic or General Training IELTS exam.

All UK universities accept IELTS academic test scores as a certification of English language ability, however, the level required varies by each institution and their programs. Though IELTS is based in the United Kingdom, you can use either British or American spellings.

Furthermore, there are two versions of the IELTS: the IELTS General Training (for working professional/ immigration purposes) and IELTS Academic (for education purposes). This guide will focus on IELTS Academic since it is the version for students applying to undergraduate and postgraduate institutions (although the two versions both have the same scoring system and similar formats).

IELTS Academic is for people applying for higher education or a profession. All UK universities accept IELTS academic test scores as a certification of English language ability, however, the level required varies by each institution and their programs. Moreover, the IELTS academic is also widely accepted in Canada and Europe.

The IELTS listening, reading, and writing sections are all taken on the same day. You can choose to do your speaking test on the same day as the other sections, or up to a week before or after. You will be awarded a band between zero and nine, including half scores, to express your English language level.

Moreover, the IELTS is not taken as often as the TOEFL for students looking to study in the United States and is more popular overseas, such as in the United Kingdom and Australia, but many American schools still accept TOEFL scores. However, you can check their website to see who accepts the IELTS.

Difference Between TOEFL and IELTS

Here are the main differences between the TOEFL and IELTS:

Now that you have an overview of what to expect from both TOEFL and IELTS. It is time to decide which test you should take. However, to help you make your decision.

Think carefully and ask yourself the following four questions to figure out which exam is best for you: Which exam do the schools you’re interested in accept? Which test plays more to your strengths? Is one easier to get to? Is one cheaper?

In conclusion, both the TOEFL and IELTS are the two most commonly administered English language proficiency exams. Both test the same four areas: Reading, Listening, Speaking, and Writing, but the tests vary in terms of format and the way they test skills. Check out our other posts for more Study Abroad-related content.